Welcome to Topwijnen
No access
Are you over 18 years olds?

This cru, magnificent chateau, with its vineyard located between the houses (by urbanisation) of Pessac (part of Bordeaux), has a very rich history. The vineyard was planted by Bertrand de Goth, who became pope in 1305 (Pope Clément V), and whose name was thus eventually given to the château. In 1252, the first harvest took place, the start of a very great history. Since 1980, the château has been owned by Bernard Magrez, who is also the only one in Bordeaux to own three other Grand Cru Classés; Ch. Fombrauge in St. Emilion, Ch. La Tour Carnet in Haut Médoc and Clos Haut Peyraguey in Sauternes.

Of each of these Crus, however, Pape Clément is the flagship of the Magrez family's wine empire. The terroir consists of three parcels situated around the castle. The clay soil here contains the famous 'graves' that give the wines a very nice maturation (the stones absorb the heat during the day and give it back to the vineyard at night, to continue the ripening). The enclosure between the houses also ensures a slightly warmer climate (on average two degrees more than elsewhere).

In the vineyard, everything happens like with a real Grand Cru: yield limitation, leaf removal (so that the sun can better reach the berries) and manual harvest. But what is striking at Ch. Pape Clément is the destemming (removing the stems from the berries), which is done manually. More than 100 people are involved in this, and only the intact berries, the caviar, go into the cuves! No wonder that this wine is of extremely high quality. It is characterized by a very distinguished, powerful wine, which despite its enormous concentration also shows a lot of purity, elegance and delicacy in the fruit. For me, this cru belongs to the absolute top of the appellation.

The second wine, Clémentin de Pape Clément, also deserves your attention. Very successful because of its velvety mouthfeel, its complex taste and its beautiful aftertaste full of fruit. In addition, since 2018, a third wine, 'Le Prélat de Pape Clément', has also been made.

The chateau also makes a superb white wine, very limited in production, but very high in quality (2.80ha, 8000 bottles per year)! For those who find the first white wine too expensive, may like the second wine in white, also called Clémentin de Pape Clément, and made from the younger vines (which however already have an average age of 22 years). Since 2018 there is a third white wine, also called Le Prélat de Pape Clément. 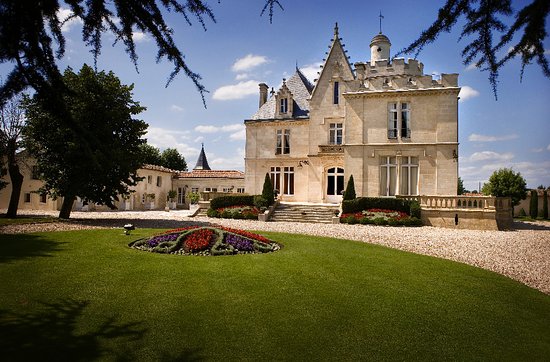