Last summer I was lucky enough to travel to Bordeaux and get to know this remarkable pink châ-teau in the Médoc in St. Yzans. The castle has a wonderful history that goes back to 1875, when Alfred and Walter Gilbey (yes, of the British gin brand) built up their business and residence here along the Gironde. After all, here they had their own harbor, which made it easy for them to ship the Bordelese wines to London. Ch. Loudenne still has its own harbor, and the old metal rails, which were used to roll the wine barrels from the huge 'English style' storage cellar, can still be seen when visiting the domain. The castle itself, a kind of chartreuse (a wide and sym-metrical building, without floors) is a gem that rises when you sail up the Gironde. Many celebri-ties already spent the night here at the time. Parties in and around the castle were and still are possible.

After being in the hands of the Lafragette family for a while, this very large domain (132 ha in total) became property of a Chinese-French joint venture, with surprisingly enough, two owners active in the world of spirits (the Chinese group Moutai and the French Cognac producer Ca-mus). These new owners are determined to made Ch. Loudenne one of the leaders of the ap-pellation Médoc again. They already have provided a lot of investment plans and capital for this.

The terroir, in the heart of the Médoc, 6 kilometers in the north of St. Estèphe, and along the Gironde (only the biggest vineyards have vines with leaves facing the Gironde), is exceptionally well situated and has 2 very beautiful ridges (croupes) composed of clay and stone, on a lime under layer. These stony, but poor soils are perfect for the growth and development of the cab-ernet sauvignon, which produces very small but intense berries.

The influence of the Gironde ensures a very mild climate in winter, and the wind ensures that the berries dry quickly after a shower. The domain is also in conversion to 'bio' and obtained the HVE3 certification, which means respect for the environment of the highest degree. In addition to the two beautiful ridges with cabernet sauvignon (very similar terroirs as at Ch. Sociando Mal-let and in St. Estèphe), merlot also grows on the more limy soils and at the foot of the incline (against the Gironde) there is even a bit of terroir destined for the production of white wine. Here, the clay-lime terroir is perfect for the aromatic expression of the white sauvignon (75%). The sémillons ripen on higher grounds (25%).

In 1880 Ch. Loudenne was already the first castle in the Médoc to produce white wine. You can taste a light mineral (iodine) touch due to its location at the sea. Finally, the castle produces a delicious rose, with also beautiful fruits and mineral touches. At this moment, 62 ha are in produc-tion, of which 48 ha for red wine (50% cabernet sauvignon, 46% merlot, 2% cabernet franc and 2% newly planted petit verdot) and 14 ha for white wine.

The new team, led by general and technical director Philippe de Poyferré, started the new style with a very elegant 2015 and a beautiful 2016. Be sure to try the white and the rosé, or visit the beautiful castle and park in summer, and perhaps the slogan at the entrance on the driveway of the domain will become reality: 'I will always remember'! 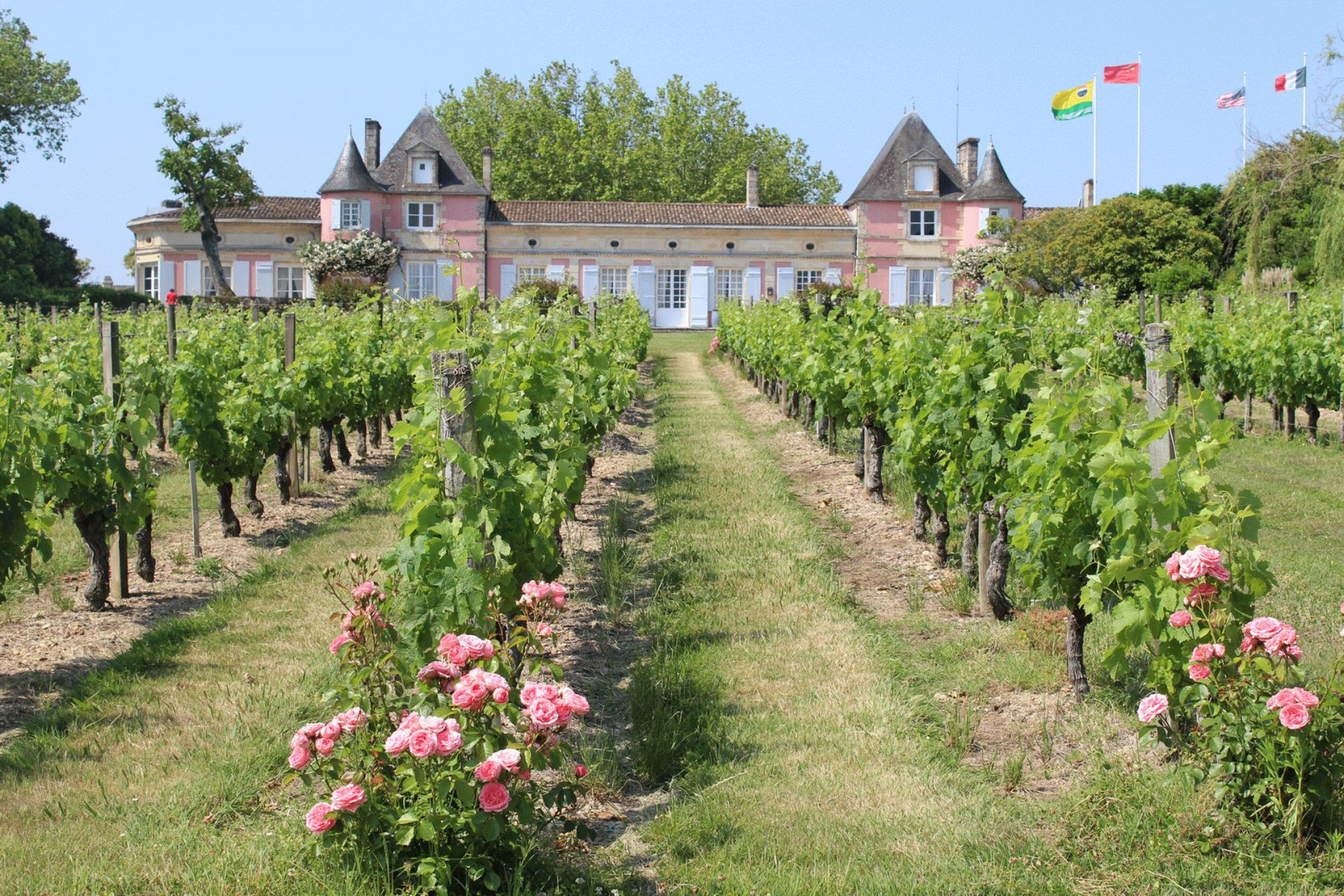